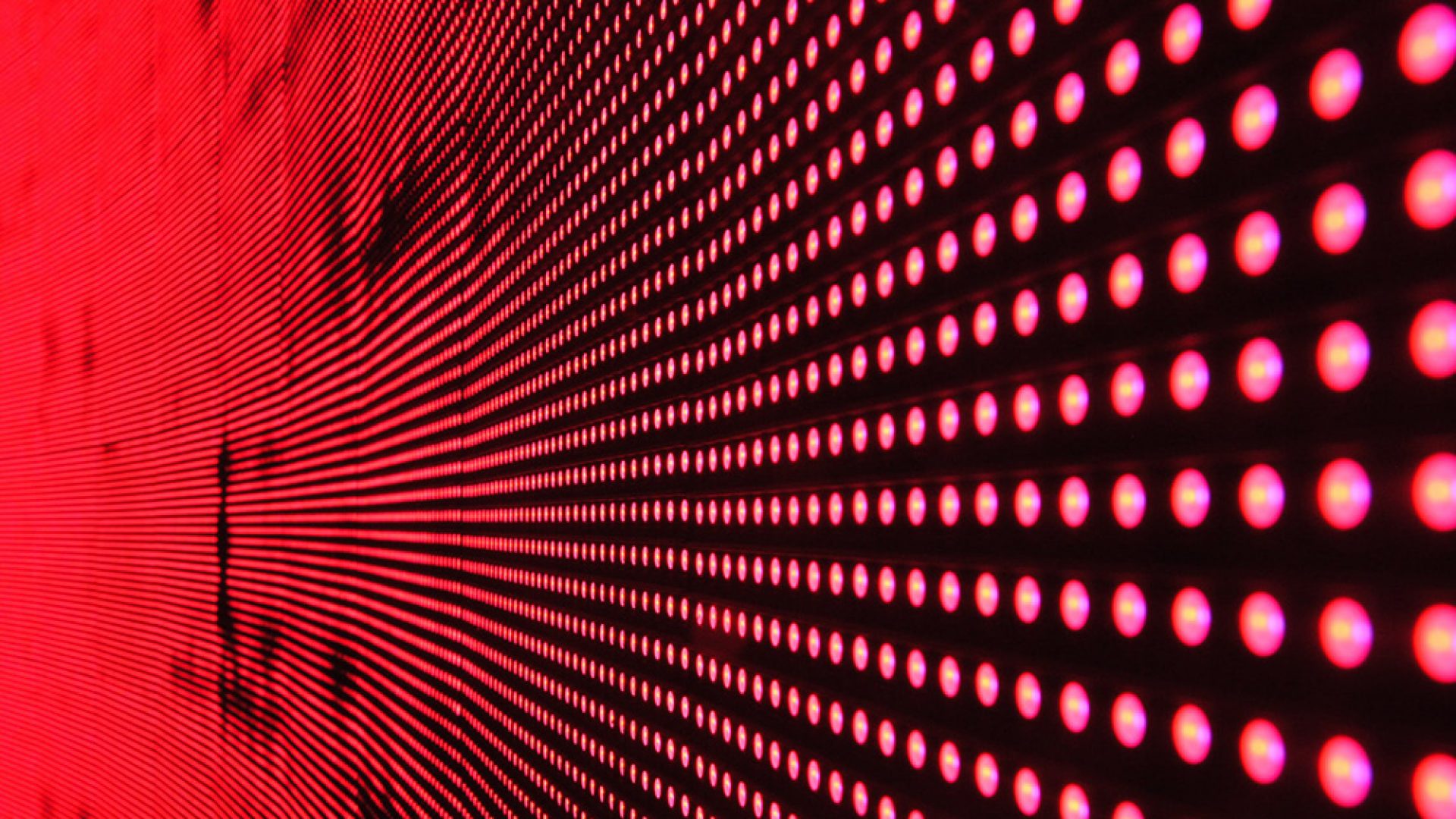 Two UK regions addressed a COVID-19 shortage in social care staff by pooling comms help from local councils and support from agencies – and learnt how to resource campaigns going forward in the process.

These comms teams often have to rely on free council channels – largely social media ones – to do all the heavy-lifting to get these important messages out to people. But how much of the population do they really get to?

We had a chance to find out what level of response you can get from council social channels compared to other media when communicating a vital campaign during the COVID-19 lockdown.

When it became obvious the pandemic was going to cause serious work-overload for local authorities, and that much of our usual work at CAN would be on hold, we asked our clients if there was any free help we could give to them.

The local government association for Greater London – London Councils – and the Association for Directors of Adult Social Services (ADASS) for the West Midlands both came back with a request for help with the same problem: social care recruitment. 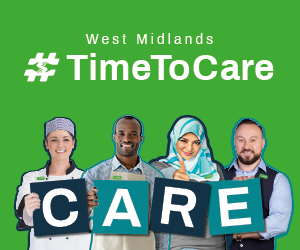 From early on during the coronavirus pandemic, it had a major impact on vulnerable people in the care of councils and residential homes, with adult social care staff themselves falling ill and forced to self-isolate.

Adult social care was quickly buckling under the pressure and needed to recruit staff to fill the gaps. So, how to reach potential applicants during such a time?

Three types of recruitment need were identified: qualified social workers (plus occupational therapists and mental health practitioners) who could return to their professions short-term to help out; final year social work students who could step up early into employment; and those out of work with skills in personal care, catering, admin, finance, maintenance and cleaning who were available to take up posts in care homes.

The London campaign embraced all three recruitment strands under #ProudToCare whilst the West Midlands rolled out three separate campaigns in phases: #ComeBackToCare for professional returners, #StepUpNow for final year students and #TimeToCare to attract jobseekers to care home roles.

Multi-functional teams congregated on Zoom to come up with a way forward. In the virtual room we had specialist public sector recruitment support from the Proud to Care London partnership and West Midlands Employers; local council communications teams throughout both regions who were backing their adult social services; us at CAN using our advertising technology and coordinating comms with the councils; plus freelance support with PR, video and social engagement.

Channels in the mix

Once the campaign creatives were ready and key messages agreed on, the councils were asked to promote these via their free channels – Twitter, Facebook, Instagram and LinkedIn (the latter to encourage the support of businesses as well as for recruitment) and also their email newsletters to residents.

A few councils had small budgets for paid-for digital advertising and social media boosts which CAN facilitated in the same way we run our Citizen Reach campaigns – to get the greatest and most targeted reach for the best value. In London, out-of-home media owners Ocean Outdoor, JC Decaux and Clear Channel donated ad space free.

The tech from our public sector advertising network was used to run the campaigns in advertising space on our council partner websites in the regions, with a click-through to the appropriate job websites set up by Proud to Care London and West Midlands Employers. We also set up retargeting, so when someone landed on one of the recruitment sites and then moved on, they’d be nudged back by another ad reminding them they’d shown an interest.

Given that these social care recruitment campaigns were hastily rolled out at a difficult time, without a well-researched plan and on channels decided by necessity rather than design, the results were impressive. And a brief evaluation of them can teach us a few lessons for the future.

Across the two regions, more than 50,000 people took a look at the recruitment websites during the campaigns. More than one-sixth of these was under 34 – a good legacy for the future.

Just over 3,000 applications were passed on to councils for shortlist and interview: 1,971 across London and 1.042 in the West Midlands.

So, which of the channels used drove the most people to the recruitment websites?

Impressions are not hard to come by with council social media. Their messages tend to go out far and wide thanks to frequent posting and retweeting and decent numbers of followers. For the 10 London boroughs who actively participated with their social media channels, there were over 6 million impressions in total. For the 14 West Midlands councils involved, it was 5.8 million.

But these numbers didn’t translate into engagement and clicks. For both regions, Google Analytics recorded around 800 clicks. This is an interaction rate of just 0.013%.

The massively well-followed Wolverhampton City Council Facebook page clocked up 6,900 organic views for a video that featured bespoke imagery from the city and a voiceover in the local accent.

We found if councils want a free way to reach residents, you get more interaction from news emails sent out to subscribers than from organic social media. It’s worth putting effort into getting people to sign up.

Birmingham City Council sent out its special COVID-19 email bulletin to 117,461 subscribers on its GovDelivery list. The 695 click-throughs we recorded means the interaction rate was 0.6% compared to 0.013% for organic social.

In the London boroughs, 28,000 subscribers to email bulletins translated into 1,850 clicks – an incredible interaction rate of 6.6%.

In London, seven borough councils had budget to contribute to the campaign. This bought paid-for advertising on social media channels and the most popular news websites for their demographic. The difference in results with organic was massive.

As with organic impressions achieved by council social media, these were in the millions – 3.1 million – but whereas those millions translated into only around 800 clicks for organic (CTR 0.02%), paid-for gained more than 35,000 interactions and a click-through rate (CTR) of 1.1% (the average for display ads is quoted as around 0.35%).

One extra standout stat to bear in mind was the overwhelming prevalence of interaction on mobiles over other devices – 90% of clicks were on phones. So, make sure ad creatives are mobile friendly!

Only a small amount of social paid-for was spent on the West Midlands campaign, but even so, the difference with organic was striking. One of the videos put up on a dedicated Facebook page gained 28,000 views – only 200 of these were organic.

CAN’s established adtech was used to promote the campaign in the advertising space of six London and six West Midlands councils’ websites. Our adtech is available free to councils, and the results proved that it delivers better interaction than for organic social. The almost 10 million impressions racked up across both regions translated into around 18,500 interactions – a rate of 0.19% compared to 0.013% for council social media.

Local media coverage in both regions – thanks to great PR support finding some committed care workers as case studies – and engagement with community Facebook Groups in the West Midlands only, added around 850 interactions to the total.

In a blog from 2018 for comms2point0, Oxford City Council’s Tom Jennings looked at how much of the population followed their councils on social, concluding that anything above 8% on Twitter, 3.4% on Facebook and 0.17% on Instagram would put a council in the top 50 for social media success.

Even given this research is a couple of years out of date, we can deduce that only a small proportion of the population a council is supposed to be representing actually follow them on social media. Councils are never going to have the eyes of a significant number of their residents this way.

And the results of this social care recruitment campaign bear this out. If you need to reach the majority of your population, only paid digital media can really achieve this. Most residents are online of course – but browsing websites for shopping, information-gathering, news-watching and pursuing their interests. They need to see these important council messages where they are, not have to go hunting for them.

Council comms teams need to start challenging their leadership on budget allocation. When they say they want a campaign to reach “everyone” you say you need adequate resources to do this. And make ‘percentage of target audience reached’ a core metric to measure success.

Marketing and communications are still somehow seen as unworthy of council budget. Even though many of the campaign messages sent out on behalf of services are not just “nice to have” but essential and, in the long-term, will save money for the public sector. If people are in better health because they’ve given up smoking or taken up exercise, they will require less in the way of interventionist services. More council-recruited foster carers means less spent on placing children with families via expensive private alternatives.

It was a pleasure to have been part of such a positive campaign during this strange period. We work in a wonderful sector. Wonderful things can be achieved by working together across organisations. But there’s only so much that can be properly accomplished for the future without adequate funds.

Roll call: those people who stepped up and made this a success

Leadership from James Odling Smee at London Councils (and thanks to the team), from Linzi Roberts-Egan, Chief Executive at the London Borough of Islington, Beverley Tarka, Director of Adults and Health at the London Borough of Haringey and Manny Sandhu from West Midlands Employers (and her colleagues Yolanda Mapfurire and Chris Boote). Thanks to Mayor of London Office for support.

Council comms people, despite going through the greatest crisis of their careers, were very generous giving their time under pressure to support this campaign. Thanks especially to Emma Rodgers and Scott Redfern from Stoke-on-Trent Council for taking the leap, and Jay Aulum, Jayne Surman and Paul Inman at Warwickshire County Council for backing the campaign on their website and across social.

Thanks also to Nicky Freeling from Camden Council for getting the ball rolling, and Harry Barrington-Mountford from Islington Borough Council and Rochelle James from the London Borough of Haringey for believing in the campaign, connecting people and making sure we stayed on track.

Council advertising expert Eleri Salter made the above happen and Rochelle Jamieson got the recruitment sector onboard.

On communications duty, thanks to Emma Price from Be Heard Media for fabulous story-crafting, Paul Masterman for keeping things on an even keel, Dan Slee for his expertise in Facebook Groups and video wizardry and Karen Pagett for supporting councils all the way through.