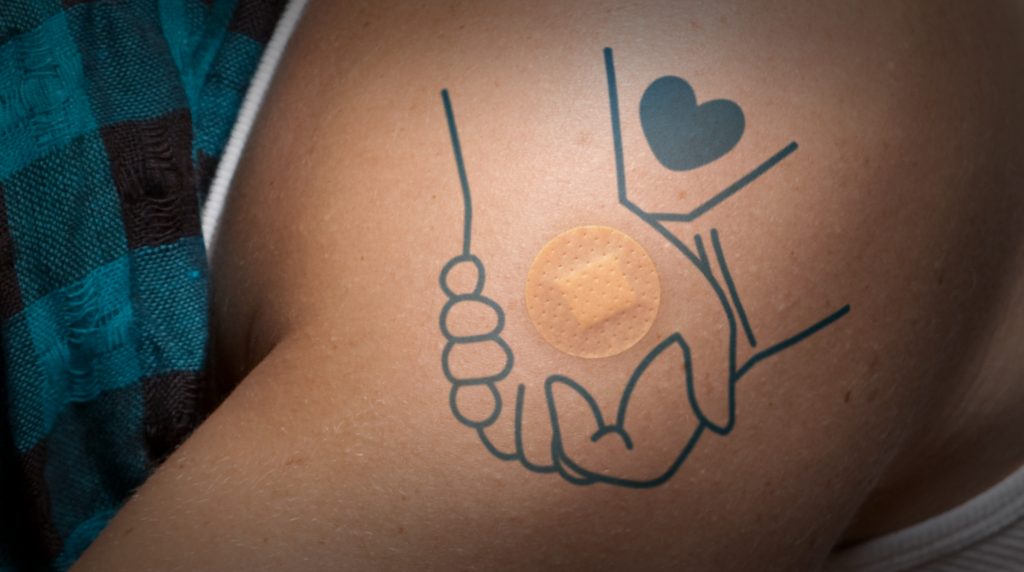 Nottingham City Council won gold for its vaccine hesitancy campaign at the 2021 Public Service Communications Excellence Awards. It shows what can be achieved by a local government team not afraid to try new things and share the learning, says CAN’s John-Paul Danon.

It’s no surprise that an awards ceremony recognising the achievements of communicators across the public sector should for the second year in a row be dominated by the COVID-19 pandemic. November’s Public Service Communications Excellence Awards was crammed full of examples of impressive campaigns that tackled the crisis from every angle.

The awards – staged jointly by LGcomms and the Government Communications Service with support from the PRCA – were divided into six themes focusing on areas crucial for effective public sector comms in future. Nottingham City Council’s vaccine hesitancy campaign won gold in the Data-Driven category.

If the medical and political response to the coronavirus was led by the science, the most effective local government communications campaigns were certainly led by the data.

And Nottingham demonstrated perfectly how a data-driven campaign can challenge and change behaviours for the better. CAN Digital in partnership with Westco Communications worked with the team to both collate the data and use it to inform every aspect of the campaign.

In the early days of the COVID-19 vaccination rollout, what the data showed us was that rates of take-up amongst specific demographics were falling behind the general population. The Office for National Statistics (ONS) found the lowest vaccination rates amongst Black Caribbean and Black African communities, followed by people from Pakistani backgrounds.

There were also lower vaccination rates in more deprived areas and amongst people who had never worked or were long-term unemployed.

Groups whose rate of COVID-19 vaccine take-up was low reported “hesitancy” when questioned on their attitude to being vaccinated. The ONS found 22% of Black or Black British adults reported this compared to 6% for all adults. In the East Midlands – including Nottingham – around 1 in 3 (34%) Black or Black British adults was vaccine hesitant. Adults in the most deprived areas reported a 12% hesitancy compared with 3% of adults in the least deprived areas.

Key to the campaign was Identifying barriers to vaccine take-up. Why were people hesitant? Those people completely against all vaccination made up just a small proportion of those unlikely to take the COVID-19 vaccine (approximately 8%). So, most were not anti-vaxxers, just cautious.

Research showed that barriers included not trusting something developed and delivered at such speed (25%), waiting until more people had it (33%), and concerns about short-term (37%) and long-term (41%) side effects.

The overall proposition was based on behaviour change theory, mapping out a journey from hesitancy to acceptance: creating awareness of issues to be addressed to combat disengagement – promoting buy-in, facilitating action, and encouraging advocacy.

Multi-variate testing – using a wide range of creatives and messages informed by research to identify those that resonated with target audiences.

Reach and frequency – getting messages in front of audiences multiple times each week to “social norm” them and counterbalance misinformation.

Listen, benchmark, refine – surveying target groups to give an indicator of hesitancy levels throughout the campaign.

The creative suite based on research into vaccine hesitancy amongst target groups featured:

10 seconds to change your mind: using the same tactics that draw people to misinformation on social media – that it’s easy to consume – 10-second animations each tackling a different myth.

Life with and without the vaccine: pairs of images to show what life could be like if everyone took the vaccine and how it would remain without it.

Calling all nans and pops: engaging grandparents to spread the word that the vaccine was safe once they’d been first to have it.

Community and celebrity vaccine champions: amplifying videos of both famous and community people from target groups including respected professionals like local GPs.

With people in lockdown in their own homes, relying on online information more than ever, they were more susceptible to misinformation. Ofcom found adults as likely to use social media for their COVID-19 information as news channels.

Local government social media reaches only around 10% of residents, yet 94%-plus adults in the UK are online. So, a paid-for “programmatic advertising first” strategy was adopted for the campaign (buying ad space on websites and social channels via real-time bidding). Programmatic ads can reach local audiences on their mobile phones and other devices, cutting across their whole online experience.

Context and anonymous browsing habits informed the placing of adverts, so they landed where people were online day-to-day. For example, the video of a Jamaican GP on West Indies Cricket News and a myth-busting side effects ad on The Sun Online to a C2DE socio-economic audience.

Some creatives referenced specific places – for example the survey graphic “Will you take the vaccine Nottingham?” – and were targeted at those geolocations. When a vaccination bus toured the area, an ad promoted each location to those within a mile radius.

Live data gathered as the campaign was running (updated each week into an online dashboard) enabled continual optimisation of the creatives and channels used – the best-performing could be boosted and the least-performing down-weighted.

The results are in…

The three-month campaign from 29 April to 28 July 2021 had so many positive outcomes:

Katie Machin Digital Marketing Manager Nottingham City Council said: “The most important impact of the campaign was that people in Nottingham and Nottinghamshire most hesitant to taking the vaccine encountered factual, myth-busting information while they were browsing websites and social media throughout a crucial period of the vaccine rollout.

“And we can use the data and insight collated during the campaign to help balance out inequalities in future public health intervention campaigns.”

A wider impact was the formation of a “hub” of councils from all around England – including Nottingham and also Welwyn and Hatfield Council who won gold in the Digital category at the Public Service Communications Excellence Awards for its #SaveOurSummer rapid testing campaign – all prepared to come together regularly to share their experiences of running COVID-19 related comms.

In a recent blog post, Chair of LGcomms Alix Macfarlane, said local government communications needed to, “build on the skills we have been demonstrating during the COVID-19 crisis to continue a journey of lifelong learning through constant innovation, evidence-based decision making and reputation enhancing actions.”

And this is what Westo and CAN Digital plan to achieve through an ongoing “Public Sector Campaign Hub”, built out of the COVID-19 Comms Hub. Simon Jones, Director of Communications at Westco, says: “The Public Sector Campaign Hub aims to apply what we have learnt so far around targeting and engaging hard-to-reach groups and apply this to other vital public health campaigns, like those for obesity and smoking cessation.

“In fact, this sort of sharing of campaign resources and information between councils could save time, money, and other resources across many areas by not having to individually ‘reinvent the wheel’: such as climate change and shopping local. We have just set up a hub for those involved with recruiting foster carers in the public sector.”

And you can be sure that all the activity will be data-driven – and all insights shared.

The creatives used in the Nottingham City Council vaccine hesitancy campaign are still available to councils to use in their local campaigns. They can be downloaded free to use on your social media channels organically or targeted to people in your communities who most need to see them with cost-effective, programmatic digital advertising.
Click Here